The Halo-Halo Review is pleased to interview authors in the aftermath of their books' releases. This issue's featured authors include Cecilia Manguerra Brainard: 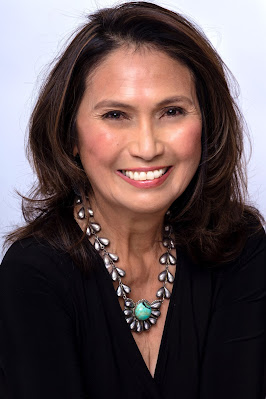 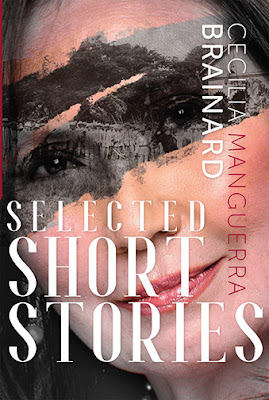 Selected Short Stories by Cecilia Manguerra Brainard collects 39 of the Filipina American author’s short fiction. The collection includes some of her best short fiction, including stories that deal with fictional Manila and Mexico, Intramuros and Acapulco, Ubec and Cebu.

Who released it and when?

University of Santo Tomas Publishing House will release this in July 2021.

Following are the blurbs for the back cover. Most of the 39 stories that make up Selected Short Stories were culled from over 50 of my published short stories.  While the collection Selected Short Stories has not yet been released, all the stories have been previously published and judged to be among the strongest, thus the reason why they are in the book. I am delighted more than surprised for the kind words offered by the fine writers who wrote the blurbs.

Powerful, poignant and engrossing, the Selected Short Stories by Cecilia Manguerra Brainard is an important work by a major writer. Written in a poetic style rich in imagery, her observant eye’s subject is both transnational and local, societal and relational in the more personal scale of family, friendship, love. These stories have an oral quality in the best sense of the word, by a master of the form. ~ Brian Ascalon Roley, author of Ambuscade and American Son, and Professor of English, Miami University.

Cecilia Manguerra Brainard’s short stories cover not just the history of the Philippines – Spanish and American colonial rule, the bloody Marcos era, the high price of fighting for political and economic freedom – but also the deeply moving hesitations and complexities of the human heart: the loves and longings and losses that shape and haunt a life, the sensuality and desires that rip apart the fabric of social life, the intricacies of girlhood and female friendship, the confrontation of cultures, the loneliness  and courage of Filipino-Americans and others who have left their homelands and the idea of home. Beautifully written, masterfully crafted, these stories are at once heart-breaking, entertaining, and profoundly humane — very difficult to put down, impossible to forget. ~ Reine Arcache Melvin, author of The Betrayed: A Novel

Cecilia Brainard's well-crafted stories deal with fictional Manila and Mexico, Intramuros and Acapulco, Ubec and Cebu. She has the uncanny ability to enter the skin of her characters and give them their singular voices. Her Selected Stories only affirm what we have long known: that she has already vaulted into the front rank of the Philippines' best writers of fiction. Brava!" ~ Danton Remoto, author of Riverrun, A Novel

Tell us something not obvious or known about the book.

The noted Filipino artist Felix Mago Miguel made the cover.

Selected Short Stories includes a very long story (one would call it a novella), "Melisande in Paris", which is about the French seamstress who appears in my third novel, The Newspaper Widow. Melisande is the friend of the protagonist in the literary mystery The Newspaper Widow. Melisande and Ines solve the crime of the dead priest in Ubec's creek. But Melisande had a whole other story back in Paris before she went to Ubec.  "Melisande in Paris" is that story.

What are you working on right now?

I am doing a lot or publishing on behalf of my business, Philippine American Literary House (PALH). I'm editing another book. There is a nonfiction piece in my head, more like a personal essay, that is composting right now.

Cecilia Manguerra Brainard is the Filipino-American author and editor of over 20 books, including the novels WHEN THE RAINBOW GODDESS WEPT, MAGDALENA, and THE NEWSPAPER WIDOW. Her SELECTED SHORT STORIESwill be released by the University of Santo Tomas Publishing House in 2021.

Born and raised in Cebu, Philippines, she but migrated to the United States to do graduate work at UCLA. She draws from her Filipino and Filipino American experiences for her stories.

She has received awards, including a California Arts Council Fellowship, a Brody Arts Fund Fellowship, an Outstanding Individual Award from her birth city of Cebu, a City of Los Angeles Cultural Grant, a Special Recognition Award from the Los Angeles Board of Education for her work dealing with Asian American youths, and more.

She has taught at the University of Southern California, UCLA, the Writers’ Program at UCLA-Extension, and the California State Summer School for the Arts. She continues to lecture and perform in literary arts venues such as Culture Rapide in Paris, Filipino American International Book Festivals, PEN, and Library events in Skokie Illinois, Jackson Tennessee, among others.

As a former Executive Board Member of the writers’ group PEN, she represented PEN USA West in International meetings in Barcelona and Santiago de Compostela. She served as an officer in such groups as Pacific Asian American Women Writers Wept, Arts & Letters at the Cal State University LA. She co-founded PAWWA (Philippine American Women Writers and Artists) a support group that received funding from the California Arts Council.