DOVELION: A FAIRY TALE FOR OUR TIMES by EILEEN R. TABIOS (1) 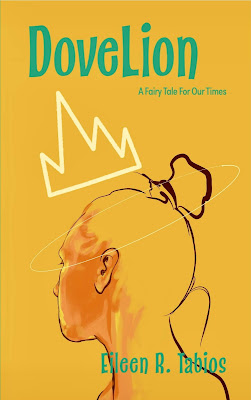 DOVELION: A Fairy Tale For Our Times by Eileen R. Tabios

Over 20 years in the making, DOVELION: A Fairy Tale for Our Times is Tabios’ first full-length novel. DOVELION expands the genre known as autofiction which is defined in literary circles as a form of fictionalized autobiography. Autofiction is said to have originated in France where the term was coined as far back as 1977 with reference to Serge Doubrovky’s novel Fils.  In the USA, its proponents include novelists such as Sheila Heti, Teju Cole, Jenny Offill and Tao Lin. Autofiction in its strictest sense requires a first-person narrative by a protagonist who has the same name as the author and it combines two mutually inconsistent narrative forms, namely autobiography and fiction. In an article entitled ‘Sheila Heti, Ben Lerner, Tao Lin: How ‘Auto’ is ‘Autofiction’? [Vulture, May 11, 2018], Christian Lorentzen states that ‘the way the term is used tends to be unstable which makes sense for a genre that blends fiction and what may appear to be fact into an unstable compound’.

Written through the medium of traditional narrative and experimental fiction, DOVELION tells the story of poet Elena Theeland who overcomes the trauma of her past to raise a family that overthrows the dictatorship in Pacifica. She is aided in this by artist Ernst Blazer whose father, a CIA spy, instigated the murder of Elena’s father, a rebel leader. As her family frees Pacifica from the dictator’s dynastic regime, Elena discovers herself to be a member of an indigenous tribe once thought to be erased through genocide. The discovery reveals her life to epitomize the birth of a modern-day “Baybay” modelled after the “Babaylan,” an indigenous spiritual and community leader of the Philippines.

The title “DOVELION” refers to the fictional country of Pacifica. Its name was inspired by José Garcia Villa’s coining of “Doveglion”—an abbreviated reference to ‘Dove, Eagle and Lion” (Tabios' title is missing the "g" and the novel's reference to it will be based on dove and lion without the eagle.) The novel is for the Philippines, the author’s country of birth that she says she “refuses to define as Loss.”

The fairy tale element surfaces in the references to Rapunzel (a sequence of poems extracted from Tabios’ poetry collection Reproductions of the Empty Flagpole) and Pacifica’s popular childhood tale of an emerald island with a sapphire ocean and a 24-carat sun. The narrator questions whether paradise is a fairy tale itself—an illusion. After all, Adam and Eve never returned to Eden.

True to most fairy tales, the novel opens with the traditional phrase “once upon a time” but there is nothing traditional about this novel which is at once inventive and experimental. How many times, for example, can a writer get away with describing a young woman approaching a threshold and pressing a button on an intercom to gain entry to Apartment 3J? The answer is again and again and again. Each time the reader is given a little bit more information and each time the reader is kept in suspense. There is something portentous, if not symbolic, about crossing a threshold. Tabios takes this to new heights by exploring the threshold of pain: how much a human being can withstand pain through living with actions that can have long-lasting repercussions. The repetitive, formulaic patterns seen in Part I recur in Part II “leaving darkness for light” and in other chapters where “a dictator made me an orphan. To be an orphan is to be unsure” and in Part III “Once upon a time I woke up and I was old…” These mantras punctuate multiple arrivals. The use of repetition applied in different forms throughout the novel is akin to the musical equivalent of a set of variations on a theme.

Structurally, the novel is written in the form of a series of diary entries, almost like a personal journal. Significantly, the start begins at the end of a year and none of the months move in any known logical sequence. The protagonist’s devotion to truth is obsessive which is why each entry gives the date and the month but curiously not the year. This seeming omission reflects the fact that time, referred to as “Kapwa Time, where past, present and future meld into a singular now.” As if to underline this concept, Part I of the novel is titled “THERE WAS IS,” Part II “THERE BECAME IS,” and Part III “THERE WILL BE IS.”  Even the numbers in a list poem, “The Return of Dovelion” rebel against an inherited order.

In Filipino psychology Kapwa is a recognition of a shared identity, an inner self, shared with others. It signifies time spent connecting and having a shared sense of identity, a shared inner self, with someone else in which “all is one and one is all.”

Throughout the novel there are forays into modern art: blank canvasses, broken frames, wire sculptures and small square paintings with pale centers whose edges vibrate with vivid colors. Even the building that the narrator visits regularly over a two year period gains iconic status as a structure of steel and glass. In Part II, she sees the building as what it was, what it is. It has played such a central role in her life. Tabios’ novel is very visual. In it, paintings embody what the narrator wants to do through words. “The viewer,” she says, “is primary. The viewer’s response is what uplifts the viewer’s experience.” Monochromes apart, the narrator exclaims “I want to live in Technicolor.”

Sentences, often written in the form of philosophical statements, that struck a chord with me while reading the novel included the following:

“The person who forgives will benefit as much as who is forgiven,”

and the one I liked the most, which occurs when the narrator’s daughter, aged 23, tells her mother that she does not know what to do with her life, is when the mother replies,

“Just know that you’re worthwhile because you exist.”

Helpful, informative notes are supplied at the end because “all stories bear appendices, notes, footnotes and postscripts” and this one is no exception.

Cleverly put together, this novel will appeal to all those who are interested in autofiction and its future as a literary genre.