The Halo-Halo Review is pleased to interview authors in the aftermath of a book's release. This issue's featured writers include Melinda Luisa de Jesús.

What is your most recent book?
My first collection of poetry entitled peminology (Paloma Press, San Rafael, 2018). 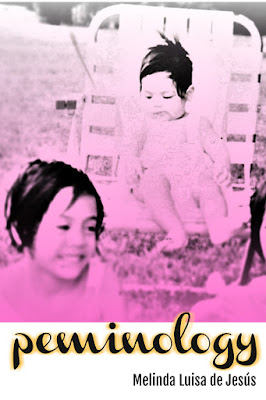 When was it released?
March 8, 2018—International Women’s Day!--with Paloma Press.

In terms of response to my work, I remain awed by the power of the poetic form itself. What would have taken me 20 pages to write for an academic journal that few might actually read could be distilled into something more accessible and with so much more bite/punch than would be possible in a traditional essay. The immediacy and impact of the poem, especially during a reading, is really satisfying to me as both a scholar and a performer. I was aiming for a melding of personal and political poetry and I think I hit my mark.

What are you working on now?
I am gearing up for PINAY POWER II: Celebrating Peminisms in Diaspora, the first-ever Canadian Filipina feminist conference that I’m hosting at McGill University, April 17-19, 2019 as part of my sabbatical research. It’s going to be amazing so please consider attending! See pinaypower.ca for more info. I’m also prepping a short course in contemporary Filipina American lit that I’ll be teaching at McGill this spring.

Melinda Luisa de Jesús is Associate Professor and former Chair of Diversity Studies at California
College of the Arts. She writes and teaches about Filipinx/American cultural production, girl
culture, monsters, and race/ethnicity in the United States.

In Spring 2019 Melinda will be Muriel Gold Senior Visiting Professor at the Institute for Gender, Sexuality and Feminist Studies at McGill University in Montreal, Canada where she will be convening the Pinay Power II: Celebrating Peminisms in the Diaspora conference.  See pinaypower.ca for more info.

She is a mezzo-soprano, a mom, an Aquarian, and admits an obsession with Hello Kitty.