The Halo-Halo Review is pleased to interview authors in the aftermath of a book’s release. This issue’s featured writers include Aileen I. Cassinetto. 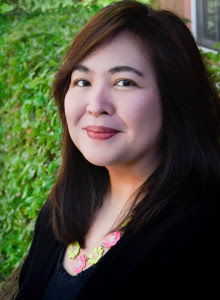 What is your most recent book?
The Pink House of Purple Yam Preserves & Other Poems (Little Dove Books & Our Own Voice, 2018) 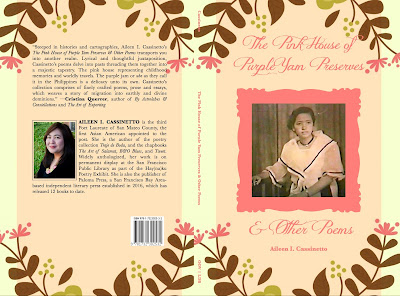 When was it released?
Initially released June 2018 (Little Dove Books); re-released October 2018 (co-published by Our Own Voice).


What has been the response/what has surprised you about the response?
An author I hold in the highest esteem stated that s/he is moved by the book!


Tell me something not obvious or known about the book.
The Pink House of Purple Yam Preserves, which I started writing about 10 years ago, was intended to be a novel. I revisited it earlier this year, and realized the narrative is cohesive enough that it actually reads like a short prose. I then tidied it up so that the ending is more well defined.


What are you working on now?
I'm excited about Paloma Press' forthcoming releases (5 books by diverse authors!). I'm also preparing for the launch of my community project as San Mateo County Poet Laureate. The project aims to "make poetry more accessible to people in their everyday lives."

Aileen I. Cassinetto is the third Poet Laureate of San Mateo County, the first Asian American appointed to the post. She is the author of  the poetry collections, Traje de Boda (Meritage Press, 2010) and The Pink House of Purple Yam Preserves & Other Poems (Our Own Voice & Little Dove Books, 2018), as well as three chapbooks released through Moria Books' Locofo series. Aileen is also co-publisher of Paloma Press, an independent literary press established in 2016, which has released 12 books to date.