The Halo-Halo Review is pleased to interview authors in the aftermath of a book's release. This issue's featured writers include Jonel Abellanosa. 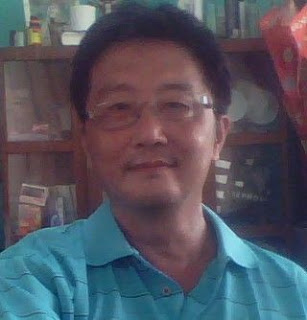 My latest book is my poetry collection, Songs from My Mind’s Tree, published by Clare Songbirds Publishing House in New York. 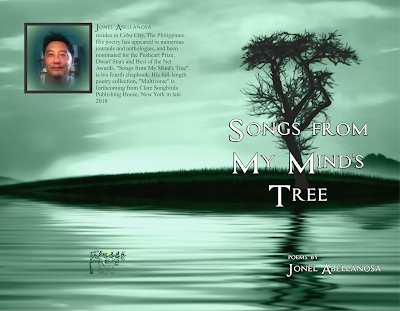 I bought a box of copies of the collection to sell and give to friends here in the Philippines. Readers have bought copies, others reserving copies. The poet, fictionist and critic Alfred Yuson has written a review of it published in the Lifestyle Section of the Philippine Star. Since I live in the Philippines, I’m not aware of the response to it in the United States.

Perhaps the reader will have to reread several times to notice the rhythmic attempt to mirror how the mind behaves. With the advent and eventual primacy of quantum mechanics over the scientific paradigm and the ethos of our age, the mind and its behaviors leapt into the realms of human consumption and study under the wide and expansive so-called “umbrella” of “Consciousness Studies.” I also implicitly tried to at least suggest my grappling with science’s “hard problem”—how countless neurons, synapses, electrical activities and other brain functions are able to give rise to consciousness, making us feel love, anger, hate, compassion, etc, which in artificial intelligence is believed to be the process of reaching the highest possible level of complexity that gives rise to the singularity of consciousness—producing machines that have emotions.

CSPH will also be publishing my collection, Multiverse, in late 2018. I wish to share here that I have two more forthcoming poetry collections—Sounds in Grasses Parting from Moran Press, and my first speculative poetry collection, Pan’s Saxophone, from Weasel Press.

I am writing my next poetry collection called, The Quatrains.

For almost two years now, I have been working on my first novel, which I hope will be able to unify my beliefs, world view, political views, spirituality, literary theories and speculations into a kaleidoscope that not so much provides answers as invite readers to reach their own conclusions.