THE SON OF GOOD FORTUNE by Lysley Tenorio

The Son of Good Fortune by Lysley Tenorio 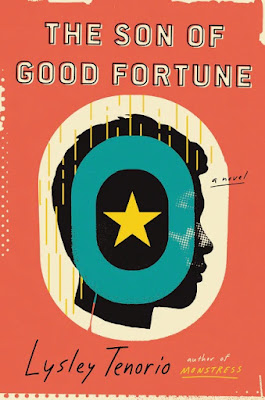 In the Pulse of Constant Hiding

These days, the bodies of exhausted migrants crossing national borders dominate the evening news.  Reporters and journalists mine their exodus for the best stories of escape, which, now and then, includes a video-diary of sorts, of migrants documenting their own travails using mobile phones.  And thus, to some extent, we’re privy to the private lives of refugees inside a camp in Greece, a migrant caravan from Central America penetrating Mexico, or a boat of Africans stalking Italian shores, begging for food and medical assistance.  Now, let’s say, a child is born inside these camps, or boats?  No doubt, a state or legal entity will intervene, in order to apply the necessary laws, to document the facts around the child’s birth, information that impacts identity.  For example, if the state in question is the United States, the child will be subjected to two principles of citizenship at birth, which, unfortunately, many visitors exploit: the [1] jus soli principle determined by the place of birth; and the jus sanguini principle determined by the nationality of one or both parents.

Lysley Tenorio puts those principles at work, as foundations of misfortune, in a novel about undocumented immigrants fraught with ironies and twists.  Here, a pregnant woman leaves the Philippines for San Francisco, dreaming of a better life there.  In fact, she wants her son to be delivered in a San Francisco hospital, because she understands the citizenship game.  She wants her son to be American.  Her name is Maxima, and Manila is her former life, where work was scarce, no family to depend on and care for, except the baby in her womb.  Now penniless and destitute, she calls an old friend who is now living in California, and asks for help.  Soon, she leaves for the U.S., and thinks she’s done with misery.  But then the baby couldn’t wait.  Up there, above the clouds, fate intervened.  The baby leaves her womb.  She names the child Excel, after the letters on her flight’s ticket number: XL0426.  Excel won’t be American, but a Filipino citizen like his mother Maxima, since the airspace he was born in is not within the jurisdiction of the United States.  He is unfortunate, indeed, though one might wonder why Tenorio celebrates Excel in the title as The Son of Good Fortune. [2]  Now curiously, the novel appears evasive when it comes to the travel papers Maxima has secured to leave the Philippines.  But the way she got those papers and the ticket for her flight to California so quickly is a glaring clue that soon those papers will expire.

Tenorio’s novel takes a dip into a life affected by those expiration dates, a brutal life of hiding from the U.S. government.  Avoiding deportation is the goal.  It’s hard to find a job.  And she must think of ways to pay the rent.  In the Filipino-American community, this state of constant hiding is called being TNT; [3] the acronym is derived from a Tagalog phrase that paints a life attenuated by uncertainties: tago ng tago.  The acronym is mostly used within the United States, which underlines a state of fear adept in recognizing systems of policing neighborhoods and cities, where new arrivals grow into the culture of a new milieu, or transition to a life informed by dreams and calculated plans.  Excel has lived within that state of mind since birth, a kind of membrane he has nurtured for a hybrid life that thrives on anything as American as Target stores and Superman, and, certainly, the Philippines at home, bouncy as his mother’s habits, speaking in a language he approaches with delicate and convenient ambivalence:

He was a quiet kid who became quieter, sometimes to the point of silence. In class, he spoke just enough to confirm his presence, learned the strategy of playing group games (dodgeball, kickball, freeze tag) without talking to other kids: Some days he’d skip lunch and sit at the far corner carrel in the library with a comic book, finish schoolwork in advance, or just put his head down and rest.  What took effort and strategy became, as years went on, instinct and habit, a way of moving through the world. Tolerable, predictable, alone. (64-65)

In many ways, Excel’s behavior in school appears to prepare him for a life without social and economic mobility. He relegates verbal communication into a kind of menace, afraid he might slip into episodes of carelessness, and reveal too much about himself, which means belonging to a club, being passionate about extracurricular activities, or finding new friends in school are activities he must avoid; they’re doors to interactions that might expose the details of his identity.  And so, Excel barricades his behavior with social distancing protocols, or strategies of “moving through the world” he has created for himself.  His imagination prefers the safety of solitude and being alone, where things like immigration, green cards, and citizenship seem irrelevant, because, at heart, Colma, California is home, because he could only be American, even though information about his identity doesn’t exist in U.S. immigration databases.

Then Excel rebels.  Excel decides to leave his mother for a girl named Sab, to live “a little out of the way, near the desert,” in southern California.  Ironically, the desert is the perfect place to hide: full of artists, retirees, ex-hippies, and anyone who needs a little bit of change, a life unencumbered by deadlines, gridlock on the freeway, or anything that makes the nine-to-five oppressive and intolerable.  And thus, for a while, Excel inhales the air of freedom in the desert, released from protocols imposed on him since birth at home.  The desert offers an illusion that he has escaped a life of constant hiding.  Now in a way, the desert underlines a psychogeography of absence and desertion in the text, detached from networks one might feel in urban spaces, where freedom and mobility depends on identification cards, licenses, and other documents procured under the letter of the law.  Essentially, the story oscillates between this desert settlement, and his life up north with Maxima; it’s like a patchwork of events in memory, no past, no future, only an eternal present without end in the novel’s mind.  Unfortunately, misfortune strikes again: Excel becomes a culprit of a fire in the desert commune, big enough to decimate a stage, food carts, and an art display.  The damages accumulate into a large figure he must pay.  Guilty and embarrassed, Excel leaves the desert as quickly as he can, while Sab decides to stay.  Their relationship is now on pause.  Excel heads back home to Colma to reassess his life, hoping to raise a five-figure amount, a situation that, surprisingly, finds a resolution through his mother’s source of income.

Now Maxima’s main source of income categorically puts the novel in a world of sleaze.  Maxima’s talent for street-smarts since childhood has flourished into something that becomes a tool for survival in the Bay Area.  In California, her set-up goes like this: she visits dating websites like Good Catholic Filipinas and pretends to be a resident of the Philippines. Here, her radar is fixated on the loneliness of white-men struggling to survive the maladies of being middle-aged after a divorce.  They often live alone, desperate to transform their lives and marry a “perfect Asian wife.”  Not just an Asian wife, but a perfect one.  It’s an underhanded humor on the desires of certain white men, viewed from a Filipino perspective.  This is the part of the novel where Tenorio puts Maxima to work to a point where the reader starts to think she holds the novel’s moment, and not the son in the title.

To an extent, the kind of women Maxima impersonates is the perfect, Asian wife, submissive, kind, but poor.  She studies her potential suitors and calculates the right amount of charm to show on-screen.  She’s always faithful to the fictions of her script.  The primary setting of her stories is Manila, in a shabby neighborhood, where life is hard.  As someone who can pass as thirty all the time even though she’s now in her fifties, Maxima understands the art of accentuating speech patterns and gestures appropriate for someone twenty years younger than her calendar age.  And once the men fall in love with her, Maxima’s script takes a subtle but strategic turn, and reveals “an elaborate tragedy or hardship, something that only money - both small and large amounts - could fix, and the ones she could convince would wire the cash.”  But once the cash is wired, Maxima cuts her contact from the man who has sent the gift.  It’s a cold act.  She will never see him again.  And Tenorio plots his story so well that Excel becomes his mother’s partner in crime in one of her virtual dalliances, towards the end of the novel, because that’s the only way Excel can resolve his financial dilemma as quickly as possible.

To an extent, the novel’s cover-image appear to diminish Maxima into a secondary character, as though the center stage is solely set for Excel alone, which I disagree; in fact, the novel clearly underlines two competing antipodes of the undocumented immigrant life: Maxima’s drive to be invisible, and Excel’s desperation to desert a life of constant hiding for a life severed from fears of being deported back to the Philippines.  And furthermore, I argue that Maxima is the ‘good fortune’ in the title, the spirit of the novel’s optimism and existential fervor, where she mothers her son into a life still searching for the fortunes he deserves, perhaps the kind that comes from grit and smarts, when the need for survival calls.

Indeed, the novel paints a brilliant pathos of a life entrenched in statelessness, floating in a kind of ghostly netherworld in daily life, though, at times, oblique, whenever the novel’s realism blinds itself from entities that might advance the case of citizenship for Excel, since his birthplace is convincingly unique.  In that regard, the novel suppresses any mention of non-profit organizations, laws, or even a faint echo of discussions that advocate for immigrant rights and issues.  On the other hand, this absence underlines a glaring clue into the novel’s mind: its agenda is the inner life of statelessness, where Tenorio magnifies the habits of invisibility and alienation, far removed from legalese and politics that often haunts the life of immigrants without the proper documents, in a country that prides itself of being built and raised by immigrants.

[2] The Son of Good Fortune – HarperCollins

Michael Caylo-Baradi is an alumnus of The Writers’ Institute at the Graduate Center (CUNY). His work has appeared or is forthcoming in The Adirondack Review, Another Chicago Magazine, Hobart, JMWW, Kenyon Review Online, The Common (Dispatch), Eunoia Review, New Pages, Ink Sweat & Tears, The Galway Review, The Halo-Halo Review, Third Wednesday Magazine, and elsewhere. He is the author of Hotel Pacoima (Kelsay Books, 2021).