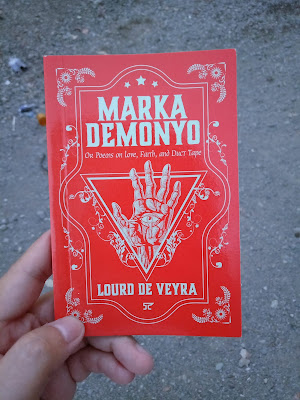 Flash Book Review No. 163: "Why talk about art when you can just punch someone in the face?" — this title of one of the poems in this collection is a question a good number of poems could succintly answer. Lourd de Veyra 's verses, given the staccato of gory images aimed to convey both the quotidian and the extreme, are reminders for a people complicit in the evils that have been surrounding us for six years. And these reminders, though shy of unfamiliar allusions and restraining lineations we often find in the canonicals, put forward what the present generation of readers would want for a remarkable oeuvre: panoramas that, when zoomed in and in, should have slapped our faces right away, so the constancy of the Devil in power will come to his drastic end, while we get enamored by the lift and lilt of jazz between the lines. But what distinguishes this book (2020, Anvil) from his other works is its serenity in the midst of raging machines. Instead of attempts at high notes and braggadocios, we saw a collage of snapshots from a serious, grounded phenomenological researcher. The one who observes in the periphery. Who sleeps and dreams of a hope not far from elucidation. Who chooses subtlety over nauseating straightforwardness. Marka Demonyo, mind you, is not a book of spells and potions we wish to impose on monsters in coat and tie, it is a book of truths. The way the words are woven, and the illustrations Paul Eric Roca spread on the pages with precision and gusto, prove one thing: in order for truths to be profound, they must have transcended the profanities of the wise.

Here are two poems from Marka Demonyo: "PHOTOGRAPHY' and "BLACK MIRROR"--please forgive the scanning constraints but the words are worth it: 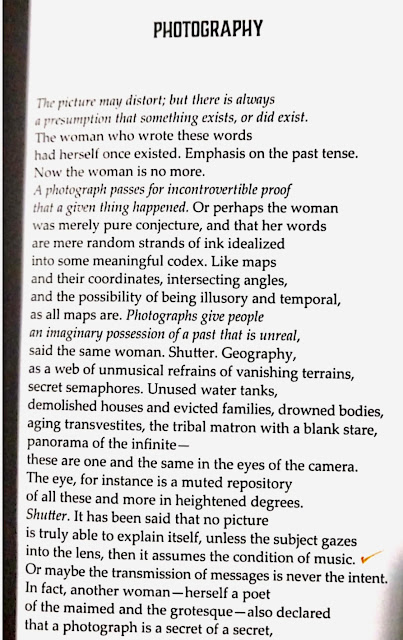 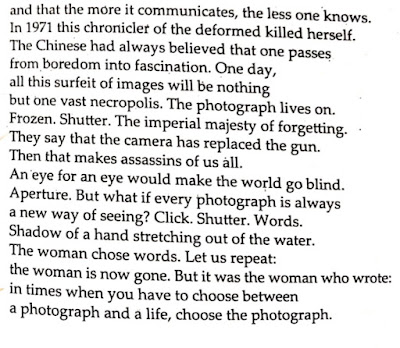 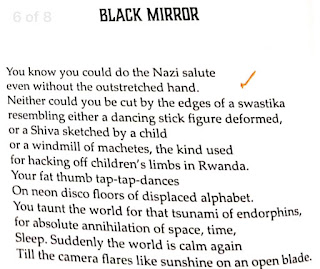 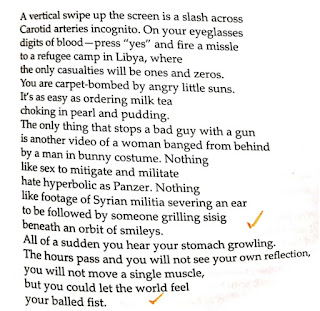 *****
Since 2016, Aloysiusi Polintan has worked as a Senior High School Principal in Divina Pastora College. He started scribbling poems and essays when he was 17 years old. These poems are still kept in a notebook and wait to be revised for future publication. This notebook will be revived and will give birth to language already "lived." That is why his blog is named "Renaissance of a Notebook," a blog of poems, personal and academic essays, and flash movie reviews. His book reviews, which are published and featured in The Halo-Halo Review and Galatea Resurrects, are also to be found on the blog, under the series title "Mesmerized." He believes that the ability to judge or critique a literary piece starts with the reader's being moved and mesmerized by the artful arrangement of words articulating some longing for freedom and individuality. He's now working on a manuscript of 50 poems, with a working title of Brittle Sounds.
Posted by EILEEN at 3:44 PM