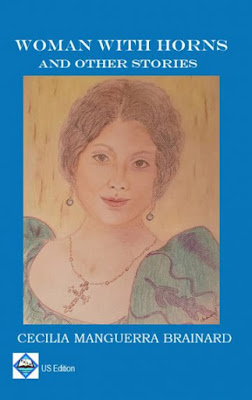 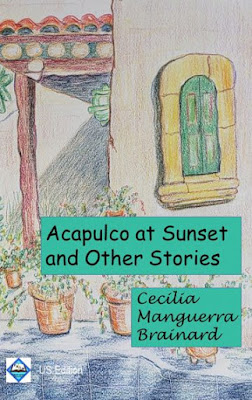 WOMAN WITH HORNS AND OTHER STORIES by Cecilia Manguerra Brainard

ACAPULCO AT SUNSET AND OTHER STORIES by Cecilia Manguerra Brainard

In her debut collection of short stories, WOMAN WITH HORNS, Cecilia Manguerra Brainard launches her mythical Ubec (Cebu) – a historic, cosmopolitan and vibrant city – the setting of many of her short stories, as well as her most recent novel, THE NEWSPAPER WIDOW.

Ubec is home to the historical figure Lapu-Lapu, portrayed in “1521” not in his role as the legendary defender of the island against Spanish conquistadors but as a new father engulfed with joy at the birth of his first son, only to lose him, soon after, to enemy fire.

In “Black Man in the Forest,” as in “1521,” war serves as the necessary background for highlighting the complex emotional drama that is at the core of the narrative. The Philippine American War situates General Gregorio in a forest, where he has fled with a few of his men to escape the Americans. Confronted by a “black man,” he is wounded in the leg and he fires back, killing the American soldier with his last bullets. In the aftermath, the general reflects on his victim’s death, and with great compassion gives the stranger a river-funeral, saving him from the predation of one of his men, the cannibalistic Liver-Eater.

These and other stories below clearly demonstrate Brainard’s ability to draw the reader into the story by creating characters that are truly believable, whether they are plucked from the pages of history (“1521,” “Chino’s Dream”), drawn from folklore (“Woman with Horns”), or from one’s memory of ordinary people leading ordinary lives. All of them share common human frailties and redeeming virtues, and, always, all are worthy of redemption.

In the title story, Dr. Gerald McCallister, a hollow man, grief-stricken after the death of his beloved wife, assumes the post as Ubec’s American director of a public health program to contain a cholera epidemic. A stranger in a strange land, without any meaningful connection to anyone, he becomes consumed by his work. In the end, an unusually seductive young widow, believed to have been sired by a river spirit, redeems him from a joyless, lonely existence.

In “Woman with Horns,” as well as in other stories in the second collection, beginning with “Acapulco at Sunset,” the characters seem haunted by a sense of displacement, a “feeling of being a stranger” (“Killing Time”), “of not belonging” (“Alaska”) in a country where even the sunsets are never the same as in one’s native land (“Acapulco”). Brainard is a specialist in the psychology of exiles, of alienated immigrants, transplanted to a place they never can quite call home.

Brainard’s prose is lean, sparse, and easy to read, but each story is never simple. If one really pays attention to her storytelling craft, one is rewarded with delightful discoveries, as in “Acapulco.” The opening scene about a spider constantly weaving its web is a recurring metaphor for the heroine herself. “I, too, am creating a web, am I not?” she asks herself. The gossamer web reminds her of her mother’s sinamay weavings and the poverty of her childhood, which she lamentably contrasts with the wealth and comfort her successful husband has given her in her new land. Despite that, she feels “dry and hollow,” like a “floating ghost,” a ghost like Jaime, the love of her life, still hovering in her memory, and resurrected only with the annual letters delivered by the galleon from Manila. At the end, when her husband calls her to join him and their twin daughters, his loud, urgent voice leaves “the spider. . .  cringing in her web.”

A gifted spinner of tales, Brainard can turn a simple event in an ordinary life, like a craving for “Butterscotch Marble Ice Cream” into a heartwarming story about a young wife, pregnant for the first time, contemplating her future in a small rental apartment in San Francisco. Looking out her window, she is perturbed by the scene of a woman hanging out her laundry. Is this what married life is all about, she wonders. Her husband, Mark, a law student, craves for a particular flavor of Swensen’s ice cream and persuades her to go on what turns out to be a quest from one ice cream shoppe to another in the damp and foggy city. Pleased with their success, Mark settles down with the pint of ice cream in front of the television. His wife, by the window, is still thinking of the neighbor and her laundry when the baby gives a kick. Shifting her weight, she catches Mark’s reflection on the glass, happy and content with the butterscotch marble ice cream, and she realizes that “in that reflection (is) my future.”

“Butterscotch” and other stories in these two collections are themselves like reflections on a window pane or like snapshots of a moment in time, which reveal much more than what appears on the surface.

“A Very Short Story” captures a few hours in the life of a married man, on a tryst with a lover at the Hilton. It is very brief, no more than half a page. It is up to the reader to fill in the rest.

Having read most of Brainard’s short fiction, as well as her novels, I think that I can safely say that these stories are some of the best in her extensive repertoire.