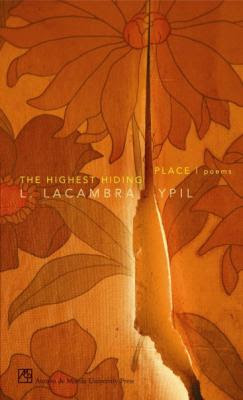 "Little Trinkets of a New Stardom"

In the loft, the poet finds consolation. On the dust-filled floor haunting the attic room for some decades of witnessing to family feuds and reunions, the poet is confronted with, yet most of the times awed by, the call of silence. And this silence enables him to "draw" in verse nostalgic inclinations, ones people might argue as superficial or trivial but for him are repercussions of neglect of monotony's subliminal meanings.

However, the true "highest hiding place" of the poet is the sphere readers or even critics are not familiar with. Only the poet has the full knowledge of its premises and peripheries, for it is something created, not out of hands, but out of reminiscences. This is the paradox of poetry: a thought's breadth and profundity is symmetrical with the reader's feeling of intense alienation.

Disclosure, in the case of "Five Fragments: A Confession", mystified the persona's confessional act, instead of having graced a story's warm embrace. Readers get more thirsty, they long for more, but poems do not provide everything. They stir your mind and leave you in your own (in)sanity. "I have a question to end all questions. All of them." What are those questions? Or is the poet endeavoring to stir our minds and to let us produce our own questionings?

In this 80-page plethora of parent-child anecdotes and of infatuations over a driver whose glorious body "glisten(ed) when the sun hit the water", the prudence of creation prevailed. In each poem (especially in "Ritmo", "House" and "The Old Mime"), Ypil absolutely wrought the sound schemes, wordplays and lineations to produce the desired effect. Needless to say, he should not bear the burden of telling us of his desires, for full-blowns dramas instigate counting mysteries.

Mystery, yes, is the operative implication. When the reader is faced with a cracked wall where he could peep whatnots and a flower vase reeking of old leather, that's when distance expands in itself. Thus, the journey of discovery begins. More orchards to step on, more landscapes to conquer.

How a child becomes so impassioned in observing adults doing their own thing is none of our business. Dwelling in his impetuous eyes are inferences devoid of dimensions. The path is cleared, and the singularity of his judgment on what's before him renders the strength of an image an adult reader murders with infinite possibilities. "They hold their cups / as they hold a joy that will twirl / on its end as it's turned / on the strong grip of boys", said in "Old Men, Reprise" where the distance between the observer and the observed was recognized only by the former.

Longing, aside from mystery and distance, competed for being the collection's piece-de-resistance. One might see that Ypil's poems were reverberations of longing bordering on desperation, and there's nothing to fuss about it. In the loft, the poet scribbles down his longings characterized by lust, a lust rubbing hands on the crotch cannot suffice, a lust suckling fingers before sleeping at night cannot substantiate. It is a lust the poet prefers to be crawling in insurmountable silence, lurking along the pen's movements against the blank slate.

In "Funeral March", the last lines speak of the persona's acceptance that his longing would not be reciprocated. "And I die by the side of the road, / without elegy, / without loss beyond repair." There was a sigh after reading the culminating poem "Garden". No, not a sigh of relief. It was one of unrequited affection.

Mystery, distance, and longing. These are Ypil's "little trinkets on a new stardom". Do not underestimate this triumvirate of creative force in the form of trinkets. In fiction, a frog metamorphosed into a monarch. Poetry, in its regal wardrobe and daunting posture, can alchemize trinkets into immeasurable light. Like in the book cover, a promise of illumination is glinted even by a stripped wallpaper.

Aloysiusi Lionel Polintan is a Senior High School Coordinator of Divina Pastora College in Gapan City, Nueva Ecija. He loves reading and writing poetry, and everything that ranges from Bob Dylan to Hozier, and from Mahalia Jackson to Christina Aguilera. He is doing research on intangible cultural heritage of Southern Novo Ecijanos. He maintains a blog:  /react-text http://renaissanceofanotebook.blogspot.com