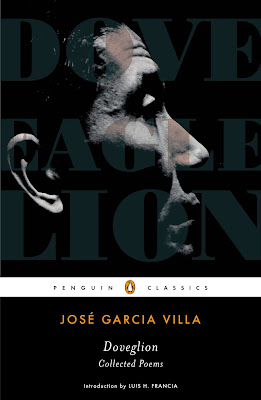 He believed fervently in a first line that grabbed the reader’s attention. Without that initial lapel-grabber—what he termed “the coiled cobra”—the poem limps along, unable to vault forward. Once hooked, the reader continues, but the challenge for the poet is to ensure that succeeding lines sustain the initial burst of linguistic energy. Here is a lovely example of how, seemingly effortlessly, the opening line flows into the rest of the stanza:

Be beautiful noble, like the antique ant,
Who bore the storms as he bore the sun,
Wearing neither gown nor helmet,
Though he was archbishop and soldier:
Wore only his own flesh. [ 39]

He was equally insistent that the natural pauses dictated by breath, while valid, were the least interesting means of enjambment. In a 1982 interview with Manila professor and critic Doreen Fernandez, he had this to say: “When your breath pauses, [the line] stops. There is no craft there. Any ignorant person can write like that; a child can write like that … Art is craft before it is meaning.” It took craft to control the musical flow, from line to line, from stanza to stanza. And even within the line, a poet could regulate movement and tone through, for instance, Villa’s Duo-Technique—an innovation John Edwin Cowen, his literary trustee and former student, explains, along with poetic aphorisms Villa called Xocerisms (some of which are included here), in an editor’s note at the end of this book.

Those may find him difficult, then, who expect of poetry convenient homilies, the exposition of ideas, narrative meaning, and self-expression. He is cerebral but also celebratory and witty, especially in his aphorisms; e.g., “Skies,are,written  / Because,poems,are,born” and “The,pleasure,of,history, / Is,its,knack,of,being,late: / To,arrive,a,ghost: / Or,the,metaphysics,of,success.” Especially in his Divine Poems, his work pays homage to the mystery of being while speaking its language:

The poem ends with the stunning and iconoclastic portrait of a complete Messiah: “Through,whose,huge,discalced,arable,love, / Bloodblazes,oh,Christ’s,gentle,egg: His,terrific,sperm.”

The Divine Poems call forth a metaphysical realm in which God needs us as much as we need God. To paraphrase Voltaire, if one didn’t exist, the other would have had to invent him. The Villa-esque Divine and Supreme Being differs from the God of, say, John Donne, an overwhelming force that clearly can dispense with humanity. When Donne writes, “Batter me, three-person’d God…,” he assumes a supplicant’s pose. In contrast, Villa’s relationship with God is intimate and familial. Poem 60, where the poet and God joust, ends on a fraternal note:

Then he pushes me and I plunge down, down!
And when He comes to help me up
I put my arms around Him, saying, “Brother,
Brother.” … This is the way we are.

Humanizing God at the same time that he renders the human divine, the poet enables us to view God as a historical rather than ahistorical primal force. Villa’s God, with whom he wrestles, argues, talks, and plays, could be reasonably interpreted as the idea of America, a kind of promised land where the poet could find liberation from an oppressive society and a domineering father, to replace—though never completely—Old World / Old Testament contexts with New World / New Testament ones. It is a relationship that is not only paternal but, as I have pointed out, fraternal as well, with ironic echoes of that patronizing phrase, “little brown brothers,” with which American colonial administrators described Filipinos. America needed Villa the poet to ground itself in human values, a partnership that erects a “kinetic balance and dignity” and allows the man/poet to take aim at the Fountainhead with a bow and arrow. When asked why, he declares:

“I will not
Murder thee! I do but
Measure thee. Hold

My hope is that, on the centennial of his birth, this reissuance of Jose Garcia Villa’s poems will accelerate the growing revival of interest in his work. There is no question that he deserves a place in the pantheon of American literature, a fact Conrad Aiken recognized when he included eight of Villa’s works in his 1955 Modern Library anthology, Twentieth-Century American Poetry. Sadly, most current American poetry anthologies exclude him, rendering this Penguin edition all the more valuable.

And he belongs as well to the pantheon of Asian American literature. Prior to Juliana Chang’s 1996 anthology, Quiet Fire, Asian American poetry collections simply ignored him—he is, for instance, glaringly absent from the landmark 1974 anthology AIIIEEEEE!, while his contemporary Carlos Bulosan, who wrote mesmerizingly on the travails of the Filipino immigrant, was included, and rightfully so. It is true that Villa deliberately avoided any references to his ethnicity, or to his own experience as a person of color in the United States (though in private he complained about being paid less than other writing instructors at the New School and at one point contemplated taking legal action). Taken to task for his insistent desire to be regarded as “universal”—he was, after all, a creature of his age—wherein “universal” was synonymous with the Western tradition, still he felt no obligation to display in his art overt signs of his situation in the world, believing that that was irrelevant and, moreover, lay in the province of prose.

Clearly, political correctness trumped literature, the argument being that if Villa didn’t care for such a category, why should its self-appointed guardians care for him? This is not an argument of course but a snub, and for ill-conceived reasons, unwittingly reinforcing the ways in which the mainstream has historically boxed in, or ghettoized, writers of color. Contemporary Asian American poets, thankfully insistent on their full rights as citizens of the republic of poetry, are as likely to write on topics that have nothing to do with their historical condition as they are to dwell on it. In this, too, Villa was a pioneer.

In the end, what should matter most is what mattered to Villa: the words themselves, unmediated except by the reader’s own perceptions. Villa’s music, language, imagery, and versification mesh in a totality that is deeply pleasurable and magical, with an adamantine beauty that simultaneously cuts and illuminates. These poems ensorcell, and I have no doubt they will ensorcell for a very long time to come.

Luis H. Francia has had five poetry books published, including Tattered Boat (2014), The Beauty of Ghosts (2010), and Museum of Absences (2005). He is a Palanca Prize winner in poetry, the prestigious literary awards body in Manila.
In 2002, he won both New York’s PEN Open Book and the Asian American Writers literary awards for his memoir, Eye of the Fish: A Personal Archipelago. In 2016, his RE: Reviews, Recollections, Reflections (2015), was awarded Manila’s National Book Award for Best Essays in English. He is included in the Library of America’s Becoming Americans: Four Centuries of Immigrant Writing. He has taught at the City University of Hong Kong, Ateneo de Manila University, Yale, and the Iowa Writers Summer Workshop. A member of the New York Writers Workshop, he is on faculty at New York University and at Hunter College. He and his wife, the art historian Midori Yamamura, live in Queens, New York.