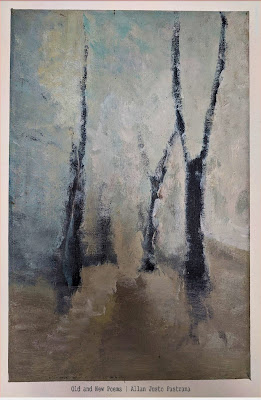 "The pond across this yard is an explosion of miniature forms." This new book of poetry by Allan Justo Pastrana was an archaeological dig into memories, ruminations and daydreams both fragile in their transcience and fathomless in their subtlety. Through the first five poems, one will notice the attempt to give birth to landscapes and trinkets long dead in the eyes of the beholder, as if the act of versification possessed an alter-ego of a womb, letting many unnamed offsprings, either deformed or complete in parts, fly and haunt the lethargic and the inattentive. Whether his poem is a tribute to the ghosts of festivities past or "the threadbare distance of not yet enough", Pastrana ensures that the reader is held captive by restrained delineations and endless metaphorical possibilities. "Never mind perspective." There's freedom in every catchphrase, in every allusion. Before us is a painting hung loosely on an imaginary wall. We stare and reckon with the light passing through holes and crevices. To avert our gaze to the promise of blinding light, or to succumb to these ephemeral sparks, is upon our discretion. Pastrana's knack of surprising us with the sudden metanoia of images (a mere crossing of streets transports us to a panoramic view of a country in slow descent to modern-day subjugation) testifies to the liberating power of poetry. Now that we impose on ourselves the importance of homebound silence, we are met by the occasional stares of cacophonous loneliness. With the help of art that comforts and energizes, we pray that today and the days to come may be filled with "the long, mute calm in lieu of grace." 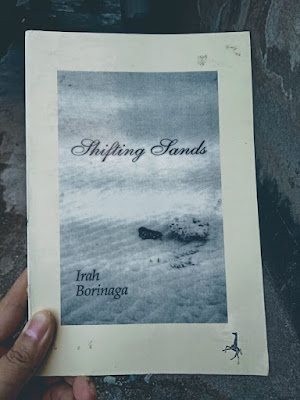 Described as one with powdery white sands paving for unmatched sceneries of the sun's rising and setting, Isla Blanca had been established by the novelist as a metaphor for a soul's yearning for home. The main characters, with their haunting pasts upholding their individuality and their distinct views on hope and fate, are lost souls in search of catharsis, and all the events which took place in this remote island had been witnesses to their metamorphosis. A career woman who lost grip of the menacing corporate world, an idealistic woman who grieved for the loss of a fellow volunteer worker, a young doctor who unshackled himself from the temptation of prestige and selfishness, a hospitable old woman whose knack of inventing stories about her dead daughter was her way of coping, a heartless businessman who lured everyone around him with the charm of his money and the venom of his influence---these various voices met at the crosscroads and allowed the dazzling beauty of the island to sanctify or challenge their principles. But beyond its promise of transitory tranquility of the heart, the island will be left for its metaphoricality. There's arrival and there's departure, coming home and finding another home. Irah Borinaga, with her omniscient eye on the characters' fears and desires---evidenced by the intervening paragraphs instructing us on the power of self-love and recovery---made a novel true to its attempt to make its readers fall in love and be ready to fall in brokenness. It takes perseverance, as the novel (Giraffe Books, 1997) suggests, to leave behind our fantasies of an island so we could face the ocean-like unpredictability of life. 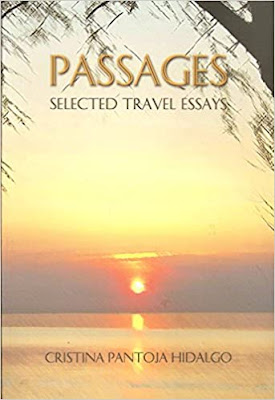 "From these precious interludes, we emerge sane and serene, and are able to take up again - cheerfully and gallantly - whatever burdens are our lot in this lifetime." This line from one of the essays in this book succinctly captures what travel writing, as successfully sampled by Cristina Pantoja Hidalgo - an important figure in the art of creative nonfiction in the Philippines - could serve to its readers, whether they are lovers of travels and adventures or just homebound wishful thinkers. Filled with amazing observations of the life abroad, coupled with research on places' histories and heritages, this collection - published by USTPH in 2008 where she had served as director - shows to aspiring travel writers how the discipline in the craft produces brilliant pieces, ones that are by turns insighful and informative, and most especially, ones that articulate a wife and mother's being at home in her unhomeliness. My personal favorites are "Beirut: Pages from a Journal" (a vivid documentation of what life in the midst of Lebanon's political upheavals had seemed to foreigners doing their jobs and searching for peace of mind) and "An Arranged Marriage" (the author's tear-jerker encounter with a Korean woman who was truly admirable for her courage to choose stability over happiness with possibly regretful consequences). I am not under the category of the travel buddies, this I am sure of. And after reading this book - from the writer I've loved reading since I had a copy of Catch A Falling Star - imagining all these places, corners, landscapes and transitions, and listening to her intelligent voice representative of people in pursuit of life well-lived anywhere in the world, I was dazzled by the ability of the travel essay to embrace and empower. Another line from one of her essays could suffice for a final insight: "I don't belong here. Nonetheless, I am charmed."

Since 2016, Aloysiusi Polintan has worked as a Senior High School Principal in Divina Pastora College. He started scribbling poems and essays when he was 17 years old. These poems are still kept in a notebook and wait to be revised for future publication. This notebook will be revived and will give birth to language already "lived." That is why his blog is named "Renaissance of a Notebook," a blog of poems, personal and academic essays, and flash movie reviews. His book reviews, which are published and featured in The Halo-Halo Review and Galatea Resurrects, are also to be found on the blog, under the series title "Mesmerized." He believes that the ability to judge or critique a literary piece starts with the reader's being moved and mesmerized by the artful arrangement of words articulating some longing for freedom and individuality. He's now working on a manuscript of 50 poems, with a working title of Brittle Sounds.