The Halo-Halo Review is pleased to interview authors in the aftermath of a book’s release. This issue’s featured writers include Jen Soriano. 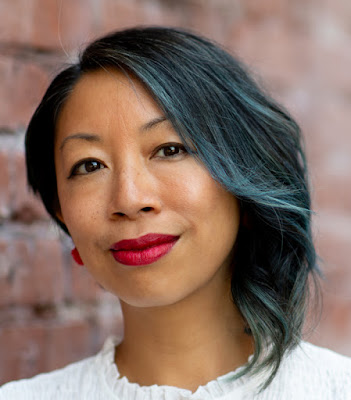 What is Your Most Recent Book? 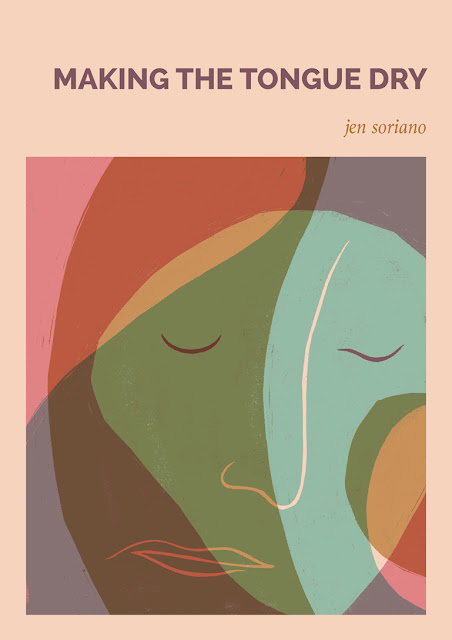 Making the Tongue Dry, a chapbook of lyric essays published by The Platform Review Chapbook Series of Arts by the People. The theme of the chapbook is complicity in destructive systems and the agency we have to transform, which is perhaps relevant for these pandemic times.

The six essays in this short collection cover a range of topics, from chronic pain to climate change, from toxic masculinity to the atomic bomb. Each essay plays with nonfiction form to allow the structure and spatial arrangement of words on the page to contribute to the meaning of the work. For example, the last essay, called “Blow,” is structured to resemble symmetrical radiations extending out from a nuclear core, in order to explore both the literal subject of the atomic bomb and an overall theme of complicity in the ripple effects of destructive systems.

When Was It Released?

What Has Been the Response/What has surprised you most about the response?
I was surprised by my community’s willingness to throw down and buy chapbooks! This is my first book publication and I’m generally known more as a social justice worker than a writer, so I was really happy and heartened to see that people that I’m usually on hours of conference calls with, talking narrative strategy and organizing campaign development, were so down to also support me as a writer. It has been really heartening and has helped me feel more whole. Because of this community, as well as some people I don’t know who were willing to take a chance on my writing, the first edition of my chapbook (it was a limited run of 100 handmade books) sold out within one month.

I was also extremely touched to connect with a young woman named Delight Ejiaka, who read my chapbook in a college literature class. She interviewed me for the blog Speaking of Marvels, and had such a thorough take on the chapbook that it got me thinking about my own work in new ways. Most of all I was thrilled to learn that my work spoke to her, a young Nigerian immigrant in the South, and that she saw connections between Philippine and Nigerian history, migration and colonization through my writing. This made me teary-eyed.

I think of this book as my forever toddler. It was inspired by having my first and only kid, and driven by the creative energy I felt as a new mother. I think the anxieties and also the beautiful awe I felt as a new mother are pretty apparent throughout the collection. From writing to chapbook publication, the whole process took about four years, so because of that and its pint size, and because my son is now no longer a toddler but a full blown little big kid, I like to think of this chap as an artifact of those early wonder years.

I’m working on a hybrid memoir on colonization, historical trauma and the neuroscience of healing. It’s a fragmented story about the long shadow of colonialism and its impacts on individual and collective bodies. I’ve finished the manuscript and am eager to get it out into the world, but I also know I have a long road ahead of me, a road full of revision and the business of writing, and I have to just put one foot in front of the other before I can get to publication. Wish me luck!

*****
Jen Soriano (she:they) is a Filipinx-American writer, performer and social justice movement builder originally from Chicago. She writes lyric essays and performance poetry about the intersections of race, gender, trauma, health, colonization, and power. Melissa Febos has called her work “luminous” and chose her essay “Unbroken Water” as winner of the 2019 Penelope C. Niven Prize. Aisha Sabatini-Sloan chose her essay “War-Fire” as winner of the 2019 Fugue Prose Prize, calling her work “vivid” and “cinematic”.  Jen is a 2019-2020 Hugo House Fellow and Jack Jones Yi Dae Up Fellow, and received her MFA from the Rainier Writing Workshop at Pacific Lutheran University.