The Halo-Halo Review is pleased to interview authors in the aftermath of a book’s release. This issue’s featured writers include Barbara Jane Reyes: 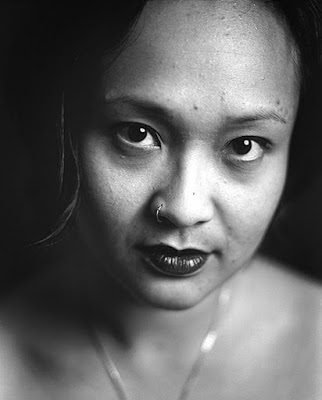 To Love as Aswang (Philippine American Writers and Artists, Inc., 2015). 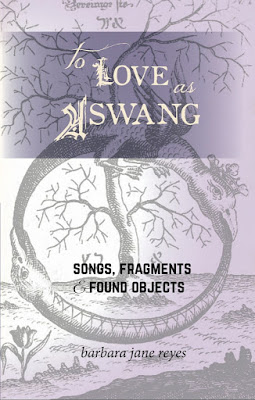 From the literary establishment, humble, barely a whisper. I am not surprised; PAWA, Inc. is such a tiny and specialized (ethnic-specific) press, that folks in the industry barely register it as existent. Because mostly local and California-based Pinay educators have adopted this text for their university courses, the response from these San Francisco and West Coast based, Filipino American and POC college students has been revelatory, emotional, empowering. You see these young POC and immigrants who have been so alienated from/by High Literature and capital-P Poetry, you see their eyes open, you see them start to “get it,” you see them so appreciative of writing they call hella real.

That students of color with little investment in literary culture come away from the text empowered as readers and POC. I don't know if this is surprising, but it is amazing.

Tell us something not obvious or known about the book.

Um, a lot of people have thought there would be literal aswangs and monsters in this book. I think the monsters are not the ones they expect.

Two things:
1. Invocation to Daughters. This is my next book, forthcoming from City Lights Publishing. The writing is complete, but in 2017, we shall see if/how the editorial process changes things. It started as the logical continuation of To Love as Aswang, Pinay-centered, confronting patriarchy. In the process of writing, my father became ill and passed away, and so the “father” in the patriarchy became less and less abstract, and my speaker grew in dimension and complexity. This may be the first time I’ve actually written autobiographical poems about my own father, and about my own personal experiences as a daughter.

2. My current manuscript is called some brown girl. This one started out as a series of found poems, taking from cosmetics and beauty advertisements, telling us in no uncertain terms how inadequate we are as women, how little beauty we possess if we don’t abide by/conform to the impossible standards pressed upon us. As I have found my groove teaching Pinay Lit at USF, and as the political climate has changed, I started to find my own cleverness and this tone of admonishment less of a priority, and so I have started writing poems addressing the Pinays who have asked me or want to ask me about decolonization, about writing and living and speaking my mind.

Barbara Jane Reyes is the author of To Love as Aswang (Philippine American Writers and Artists, Inc., 2015). She was born in Manila, Philippines, raised in the San Francisco Bay Area, and is the author of three previous collections of poetry, Gravities of Center (Arkipelago Books, 2003), Poeta en San Francisco (Tinfish Press, 2005), which received the James Laughlin Award of the Academy of American Poets, and Diwata (BOA Editions, Ltd., 2010), which received the Global Filipino Literary Award for Poetry. She is also the author of the chapbooks Easter Sunday (Ypolita Press, 2008), Cherry (Portable Press at Yo-Yo Labs, 2008), and For the City that Nearly Broke Me (Aztlán Libre Press, 2012). She is an adjunct professor in the Yuchengco Philippine Studies Program at University of San Francisco.