THE ART OF EXPORTING by CRISTINA QUERRER

Cristina Querrer’s The Art of Exporting is diasporic, nostalgic, indigenous, contemporary, concurrently realistic and symbolic—which is to say, a poetry collection that is as archipelagic as its root source, the Philippines. The complicated, conflicted, and, yes, beloved motherland is an effective muse for Querrer, inspiring many moving poems and lines as the poems’ persona is ever attuned to history:

As evinced by the above excerpt, the poems are not didactic even as they distinctly evoke their muse. Querrer’s nuanced touch amplify the resonance of their poems. Indeed, here’s a poem, "After A Drought," that is such polished music—simply, it’s pitch-perfect. I don’t want to approximate it through description of either itself or its effect. Let me present it as is, speaking and singing for itself (click on all images to enlarge): 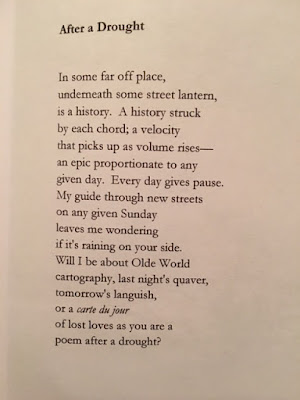 Stylistically, there’s also much variety even as the poetry collection is a “chapbook” versus “book.”  The diptych persona poems of “Maganda” and “Malakas,” referencing the Filipino creation myth is effectively updated; here are excerpts from both poems:

You a stranger,
arms big as river rocks; body of
protuberance; waterfall mist,
clear as chrysocolla aquifers.
Then you became ordinary,
and I am left to chase the children.
My skin stretched and drooped
with the load of them…

…When you untie
your midnight hair, the tides climb,
clawing at such spectacle. Surround me with it,
like you used to, when it was just
you and me.

Another poem, “I Will Still Write You Poems,” freshens something that’s not easy to refresh: the lost love poem. I suspect that when many poets get tired of this theme they simply avoid it and move elsewhere.  But in Querrer’s approach, the language is so lyrical that the genre is uplifted. Here’s an excerpt from this prose poem—note, too, how it subtly references the archipelagic muse as well as its gorgeous imagery:

I write in hopes that only good recollections take over the terrain of black sea glass. I gather all my shells of grief and carve out the malignity with my fingers. May loss of memory mend me so that I can die without reservations—where I know I must have arrived at shore this morning—I have no marks where you left your imprints, and maps of us have been taken by the storm. I can look at our photographs with no concern, as if you were someone I barely knew, like some strange sailor I pulled off the sidewalk of Subic Bay, with his arms wrapped around my waist, beaming at the camera like it was our wedding day.

Indeed, one of the strengths of this collection is its diction—the language is moving and appealing in part for not being predictable. It’s also high vocabulary at ease with itself so that its effects are harmonious and never pretentious, e.g. 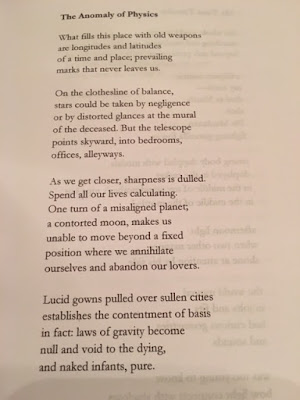 No review would be complete, of course, without considering the theme presented by the collection’s title, The Art of Exporting.  Without using the word migration, there is migration … and all the difficulties that come with the immigration experience. But the genius—and charm—of this collection is that Querrer’s poetic explorations are so moving because the poetic persona as well as the poet’s mastery has made something worthwhile from the entirety of the exporting and exported experience: Art. As a result, as she writes in “Prepositioning the Orbit”—

History has positioned
itself to you
and the correctness
of the compass has followed.

Finally, the charms of this chapbook are enhanced by the marvelous production by dancing girl press & studio, helmed by poet Kristy Bowen, as well as the lovely black-and-white photos accompanying the text. Taken by the poet’s daughter, Tiana Madison, here’s an example of the photos: 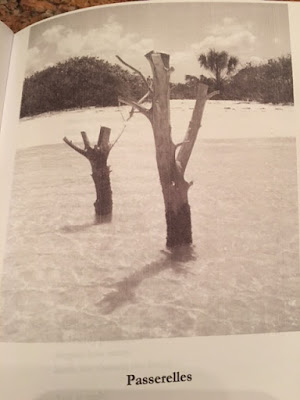 Eileen Tabios is editor of The Halo-Halo Review. More information about her is available at http://eileenrtabios.com