The Halo-Halo Review is pleased to interview authors in the aftermath of a book’s release. This issue’s featured writers include Chris Santiago. 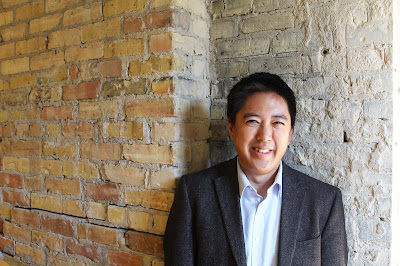 What is your most recent book?
Tula (Milkweed Editions, 2016) 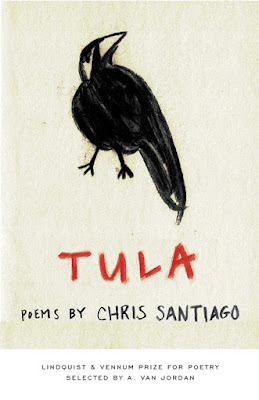 When was it released?
December 2016

What surprised you about the response?
Milkweed had the book launch for Tula at the Guthrie Theater in Minneapolis. This was in November 2016, the week before the election. For many of us, the next few months were filled with anxiety and fear. So it was a strange thing to also feel this immense joy at welcoming the book into the world.

I was surprised at how some of the ways that the poems in the book were read—especially the poems about being the son of immigrants, and being part of an immigrant family—seemed to shift with the changing political climate. It was like the ground was moving beneath our feet. There was a wonderful review in Chicago Review of Books that pointed this out, and pointed to the future as well—how the lines might be read differently in ten or fifteen years, depending on how views of immigration continue to change.

Tell me something not obvious or known about the book.
In many of the poems, especially in the first sections of the book, I elegize my mother, who was an RN from Ilo Ilo in the Visayas. She wanted to go to journalism school, but my grandmother refused; this was in the 60s, and awful things were, of course, happening to journalists. I wrote most of these elegies for my mother while she was still alive, and she got to read the manuscript of Tula when I began shopping it around. But she died less than a year before it was chosen by A. Van Jordan as the winner of the Lindquist & Vennum Prize. So the poems feel a little premonitory now, but really they were just expressing a love for her and for what she did as an immigrant in Minnesota to raise my brother and me, and expressing it through the filter of elegy, but an elegy for the loss of her language, Ilonggo, and the language of my father, Tagalog, neither of which I ever learned.

What are you working on now.
I’m writing poems, some of which are don’t yet belong to anything, and others of which are part of a project called Small Wars Manual. I’m also revising my first novel, which is about chess, artificial intelligence, and an invented country that is more than a bit like the Philippines.

Chris Santiago is the author of Tula, selected by A. Van Jordan as the winner of the 2016 Lindquist & Vennum Prize for Poetry, and published by Milkweed Editions. A 2018 McKnight Writing Fellow, his poems, fiction, and criticism have appeared in FIELD, Copper Nickel, Pleiades, and the Asian American Literary Review. He has also received fellowships from Kundiman and the Mellon Foundation/American Council of Learned Societies, and was a finalist for the 2017 Minnesota Book Award. He studied creative writing and music at Oberlin College and received his PhD in Creative Writing & Literature from the University of Southern California, and teaches creative writing and Asian diasporic literature at the University of St. Thomas in St. Paul, Minnesota.