The Halo-Halo Review is pleased to interview authors in the aftermath of a book's release. This issue’s feature is Paolo Javier. 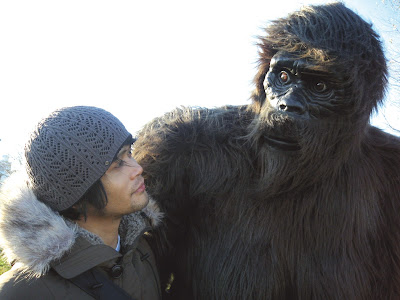 Court of the Dragon (Nightboat Books). 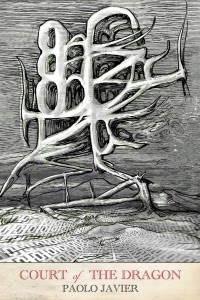 Thrilling, to say the least. Some highlights:

- On the eve of the book's launch, the great Ian Frazier of The New Yorker interviewed me for a Talk of the Town profile. (I've been a long time fan of Mr. Frazier's writing, so you can imagine the bright  smile on my dark face when he starts quoting lines of my poetry during our meeting.)

- Lynne Sachs, one of my fave filmmakers, made a short film with Sean Hanley, Starfish Aorta Colossus, in response to/adapting one of the sonnets from a long sequence of the same name in Court of the Dragon. Starfish Aorta Colossus has made the rounds in a number of important experimental film festivals, including the recent Black Maria Film Festival, where it received an award.

- Court of the Dragon also opened the door to a new collaboration with the brilliant electronic artist Listening Center, aka David Mason.

- Inclusion in this year's Greater New York show @ MoMA PS1, where I invited Listening Center to perform with me.

- Publisher's Weekly, not usually a reviewer of experimental poetry, wrote some nice things about the book. (Why is it filed under 'fiction'?)

I should first acknowledge the response from Stephen Motika, editor/publisher extraordinaire, who championed the manuscript from the-get. This surprised me; Court of the Dragon's "composed indeterminacy" (to borrow from Joan Retallack) & esoteric designs would've turned most publishers away. Not only does Nightboat accept my m.s., but they also publish a version that exceeds my expectations. It's a nice book.

Given that I have zero presence on social media (I've been Facebook-free since 2010), I am, of course, grateful for any attention given to CoD. But I'm especially thrilled to hear from writers and artists I respect. Fellow Nightboater Jill Magi posted this blog recently. And at the end of a Nightboat reading in the city last month, Alex Katz, one of my all-time favorite painters, walked over to tell me that he bought a copy of CoD.

i) The title is drawn from the name of a Robert W Chambers story, & a chapter in Max Ernst's Une Semaine Du Bonte.

ii) Court of the Dragon, aka (Fi)l'amour Fou.

Completing Ur'lyeh and Aklopolis, a new collaboration with Listening Center that'll appear as a limited edition book and cassette tape published by Flughschriften in April.

PAOLO JAVIER's collaboration with Listening Center (aka David Mason) will appear as a limited edition book, Ur'lyeh, and cassette, Aklopolis, published by Flugschriften in Spring 2016. He lives with his wife and young daughter in Sunnyside, Queens.