The Halo-Halo Review is pleased to interview authors in the aftermath of a book's release. We are delighted to present Kristina Ong Muslim. 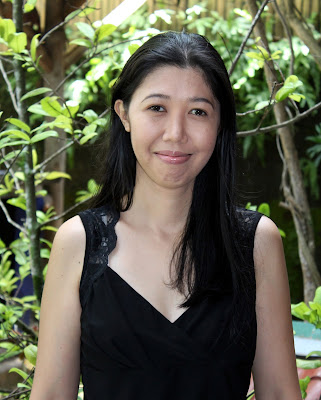 My latest book is a short story collection called Age of Blight. 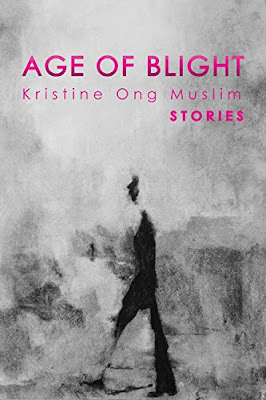 Not bad, not bad for a book published by an independent press and penned by a no-name author with no university affiliations, no formal education in creative writing, no fellowships in the Philippines or abroad, and no ties to the mothership of the Philippine literary establishment in Manila. There were thoughtful, positive reviews such as these at Necessary Fiction, The Missing Slate, and Neon Magazine. And so far, this tweet is my favorite response in social media.

No surprises yet. And if there are any surprising twists in the future, I just wish they involve something like the sales of a hundred million copies of Age of Blight.

Age of Blight is tied to my past and future books. There were overarching themes, same lines of inquiries, recycled characters, revisited settings. One example is my treatment in verse form of what I termed as the Empty—which is entropy in classical thermodynamics—in Black Arcadia (University of the Philippines Press, 2016), a book that is the negation of Lifeboat (University of Santo Tomas Publishing House, 2015). This Empty has a prose treatment in Age of Blight. Another example is my interrogation of the nature of the divine being, which I conflated with the monad of Leibniz. The latter has a couple of lyrical treatments in Black Arcadia, as well as in Lifeboat, and of course, a corresponding story equivalent in Age of Blight. 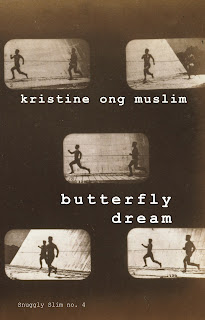 There’s also a recurring place called Outerbridge in Age of Blight. This Outerbridge serves as some sort of a nucleus of a never-ending cycle of destruction and reconstruction simultaneously occurring in parallel universes—the closest possible term for what I have in mind. In one of these universes, Outerbridge exists as ruins. Any pilgrimage to Arcadia (in my book called Black Arcadia) will go through the ruins of Outerbridge. Inevitably, all the parallel Outerbridge universes would intersect—a glimpse of such scenarios was discussed many times across several stories and non-stories in my forthcoming book, Butterfly Dream (Snuggly Books, 2016). Plus, I really meant it and believed it when I wrote this in the note preceding Age of Blight, “Our lives, as well as those of our ancestors and descendants, are elaborate mythologies that intertwine and sometimes get entangled. There’s a purpose to this life.” And understanding that purpose would necessitate making a distinction between right and wrong.

A bunch of interrelated fiction projects.

Kristine Ong Muslim grew up and continues to live in a rural town in the province of Maguindanao, Philippines. She is the author of several books of fiction and poetry: Age of Blight (Unnamed Press, 2016), Butterfly Dream (Snuggly Books, 2016), A Roomful of Machines (ELJ Publications, 2015), Grim Series (Popcorn Press, 2012), We Bury the Landscape (Queen’s Ferry Press, 2012), as well as Black Arcadia and Lifeboat, two poetry collections from university presses in the Philippines. Her stories and poems have appeared widely in anthologies and magazines such as Boston Review, Confrontation Magazine, New Welsh Review, The State, and Verse Daily.  She also serves as poetry editor of LONTAR: The Journal of Southeast Asian Speculative Fiction, a literary journal published by Epigram Books in Singapore, and co-editor (with Nalo Hopkinson) of Lightspeed Magazine’s “People of Colo(u)r Destroy Science Fiction.”