The Halo-Halo Review is pleased to interview authors in the aftermath of a book's release. We are delighted to present Mia Alvar. 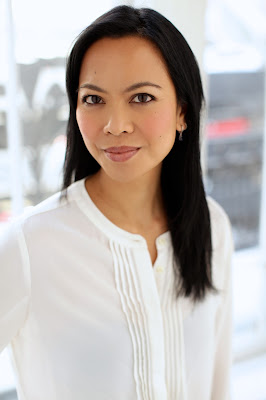 My (only) book is In the Country, a collection of stories. 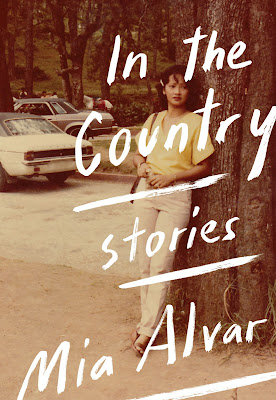 For the most part, it’s been a warm and positive one. Reviewers have engaged with the book thoughtfully and generously. Some readers have written to me or introduced themselves at events to say that they feel connected to these characters; one young woman told me that In the Country made her cry and then call her mother. And speaking of family, mine has reacted to the book with unadulterated pride. They’ve chosen to interpret it purely as a tribute to them—which makes my life easier, so I’ll take it.

A number of people took the cover much more literally than I expected. Some wanted to know exactly who this woman is (all I know is the caption at Getty Images, where my publisher sourced the photo: “Young woman standing in front of tree in Baguio city, Philippines”). Others have claimed that she’s their Filipina mother, college classmate, or other relative/acquaintance. And most bizarrely, a few have asked if it’s a photograph of me, which is pretty much physically and chronologically impossible (unless I curled my hair, bought some clothes from the 1980s, found a few vintage cars in Baguio to pose in front of, and Instagram-filtered the resulting image, all for the cover of my book).

The stories of In the Country are not “linked” in any explicit way—no recurring characters, no plot connections from one to the next. But after the book was published, I realized that Esteban Sandoval in the story “The Kontrabida” shares a last name with Milagros in the collection’s title story (before she adopts the married name Reyes). I then remembered that Esteban and Milagros were once brother and sister, in early, linked drafts of the two stories. So in this small way, through my own forgetfulness and negligence, the final story in the collection does loop back to the first.

I’m working on a novel that follows Milagros’s life after the events of In the Country, focusing on her relationship with her daughter, Jackie.

Mia Alvar lives in New York City. Her first book, In the Country, a collection of short stories, is available now from Alfred A. Knopf. A former Writer-in-Residence at the Lower Manhattan Cultural Council, she has received support from the Corporation of Yaddo, the Djerassi Resident Artists Program, the Blue Mountain Center for the Arts and the Sarah Lawrence Seminar for Writers. Mia’s work has been cited for distinction in The Best American Short Stories, twice nominated for the Pushcart Prize and published in One Story, The Missouri Review, the Cincinnati Review, and elsewhere. Born in the Philippines and raised in Bahrain and the United States, she graduated from Harvard College and the School of the Arts at Columbia University.