The Halo-Halo Review is pleased to interview authors in the aftermath of a book's release. This issue's featured writers include Erin Entrada Kelly: 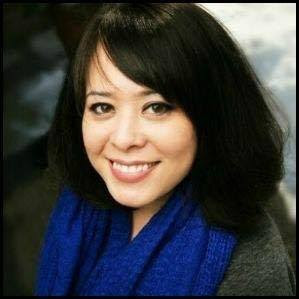 My most recent book is THE LAND OF FORGOTTEN GIRLS. It's about two sisters, Sol and Ming, who immigrate from the Philippines to Louisiana. 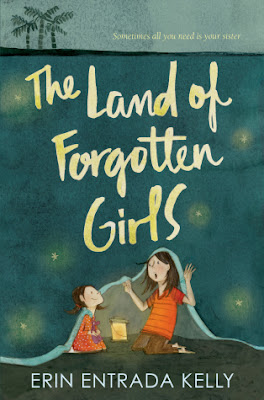 March 2016, through Greenwillow Books, an imprint of HarperCollins.

More than I could have imagined. THE LAND OF FORGOTTEN GIRLS won the APALA Award for Children's Literature and was named one of the best books of the year by the School Library Journal and Booklist. It also received the Gold Award for fiction from the Parents Choice Foundation and was a NAIBA Book of the Year finalist. The novel was produced into a fantastic audiobook -- narrated by Lulu Lam -- which was named one of the Top 10 Audiobooks of 2016 by SLJ. THE LAND OF FORGOTTEN GIRLS was also a Junior Library Guild and Scholastic Book Club selection. Most recently, it just received the Children’s Literature Award from the Asian/Pacific American Librarians Association. The response has been amazing.

If I had to summarize the foundation of the book in one word, it would be hope. Sol and Ming lead difficult lives, but they always have hope. So I'm surprised when readers finish the novel with a sense of hopelessness. The book deals with heavy issues -- poverty, abandonment, loss -- but ultimately I wanted to celebrate the power of hope through imagination. A woman at a book signing once told me that the book was "too sad." I've heard that a lot. There are certainly sad elements to the story, but my intention was to leave readers uplifted. In the space of one day, I had one reviewer say the book was "full of hope" and another say "I wish there was something hopeful about this book." Ha! That's the wonderful thing about creating something. Everyone has their own interpretation.

It was greatly inspired by Angela's Ashes. There's a quote from Frank McCourt that plays heavily in the novel: You might be poor. Your shoes might be broken. But your mind is a palace.

My third book, HELLO, UNIVERSE, will be released on March 17, so I'm getting ready for book tours and school visits! HELLO, UNIVERSE has earned four starred reviews to date, so I'm very excited about its release and the response.

Erin Entrada Kelly was raised in Lake Charles, Louisiana, but now lives in the Philadelphia area. Her debut novel, Blackbird Fly, received three starred reviews and was named a 2015 Junior Library Guild Selection, 2015 SIBA Best Book of the South, and finalist for the Pat Conroy Southern Book Prize. Blackbird Fly was also nominated for the ALA Notable Children’s Book Award, earned an Asia Pacific Librarians Association Honor Award for Literature, and received the Golden Kite Honor Award. Kirkus, School Library Journal, and the Center for Multicultural Literature all named Blackbird Fly one of the best books of 2015.
Her second novel, The Land of Forgotten Girls, was named one of the best contemporary books of the year and one of the top 10 multicultural books of 2016 by Booklist. The Land of Forgotten Girls earned three starred reviews, was a 2016 Junior Library Guild Selection, and earned the Parents Choice Foundation Gold Award for Fiction.
Erin’s third novel, Hello, Universe (March 2017), has earned four starred reviews.
Erin is also a short story writer. Her short fiction has been nominated for the Philippines Free Press Literary Award for Short Fiction and the Pushcart Prize. She has an MFA in creative writing from Rosemont College.
Erin is mestiza and identifies as Filipina-American. Her mother is Visayan and lives in Cebu, which is why many of Erin’s Filipino characters speak Cebuano rather than Tagalog. Erin loves to read. Some of her favorite books are When You Reach Me, The One and Only Ivan, and The Thing About Jellyfish. More information at her website: http://www.erinentradakelly.com